Myths about the Beatles have persisted for decades, of course, but early on in this series, I realized a few were certainly worth considering, especially when it comes to relations between Yoko Ono and… 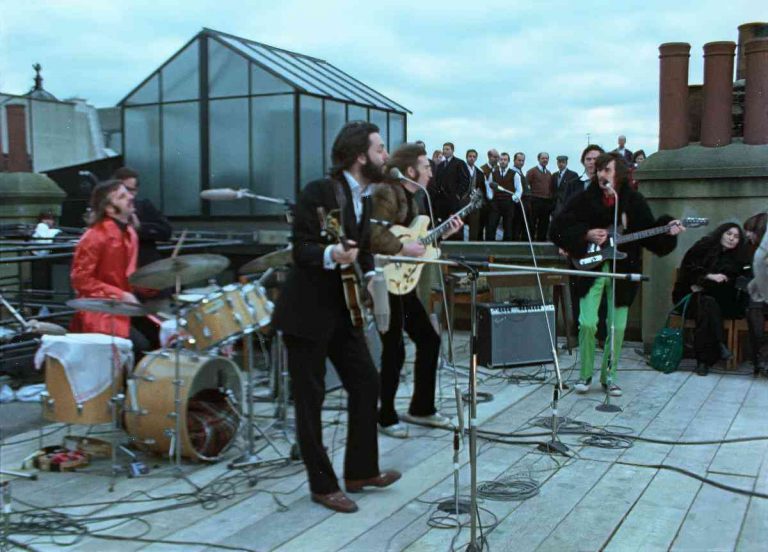 Myths about the Beatles have persisted for decades, of course, but early on in this series, I realized a few were certainly worth considering, especially when it comes to relations between Yoko Ono and John Lennon. As it turns out, they had no private tiffs.

There are also some great music and discographies unearthed by Matt Wood in that same piece, but those are a side story. In my tour through the archives, I realized that some of the best — and most peculiar — examples of the Fab Four’s practical and mostly comedic charms were sourced by a friend who knows his Beatles, as well as by a handful of musicians who are undeniably bold choices. I’ve collected a couple of examples that are mostly relevant to my story on Yoko Ono.

Bassist and guitarist Paul White of the Oceanshipper Band really gives us a taste of the group’s loose, playful attitude, and as Wood pointed out, it could easily have gotten out of hand.

Leisure merchants did their “attention-deficit” work, and eventually John and John were splitting there into two tracks, on three instruments. They worked hard to cut the cord, though, during their recording sessions. Anxious to let their hands do the talking, they didn’t sit quietly at the sound board, either. While technical projects were taking all the glory, John would keep trying new vocal ideas and substitute what they thought would sound better. He had these tremendous vocal options on the piano that he’d make up—for example, he’d bring his bass to the mic for some blaring rhythm guitar. And even on the recording itself, he’d be saying the most bizarre things that no one knows if it was planned or not, to demonstrate his mood. When it comes to making up bizarre arrangements, there were more than a few cases where this wouldn’t come out right, which was usually so they wouldn’t do it again. But that didn’t get in the way of playing the instrument. Although Paul often put on his acoustic bass and recorded acoustic guitar solo arrangements, John was working with bass soloists as well. Jeff “Sol” Hall, who joined the band to replace the departed Jeff Beck, produced “Band on the Run,” and together they created a bunch of fun dynamics. Ringo was just as busy with his solo endeavors as John was, though on a slightly different scale, so he never really fit into the picture when it came to arranging song ideas, but he did what he could to amplify what they had to say. In a great conversation on the “Get Back” CDs, John gets really self-critical on that title track, saying it might have been better if they’d called it something else. But these were band members who made decisions based on what felt right to them, and yes, John could be a lot of fun, whatever he might say about his other titles.

As on the earlier parts of this series, you’ll hear about a few other moments in the Beatles’ life, too, that sometimes are hard to swallow. While Wood is a creative rock guitarist himself, you’ll notice he is not one of the guys who quibbled over stage setups or came up with new words for things. While he was there, he never seemed to be jealous of anyone else in the group, and perhaps that made him a more accurate source of their thoughts and perspectives.

In all, there are one dozen total Beatles quotes on the four discography, including one from the Sun Singers. If this series is any indication, perhaps Wood will hit an interesting chord or two in the future, and I can definitely listen to them whenever I need to drown out my thoughts and appreciative thoughts of a great band.