Salma Hayek, edgy Latina star of “Frida,” “Frida” and “Funny Face,” is back and hotter than ever in Gucci’s newest ad campaign. The 51-year-old screen beauty, who is also an advocate for immigrants, talks… 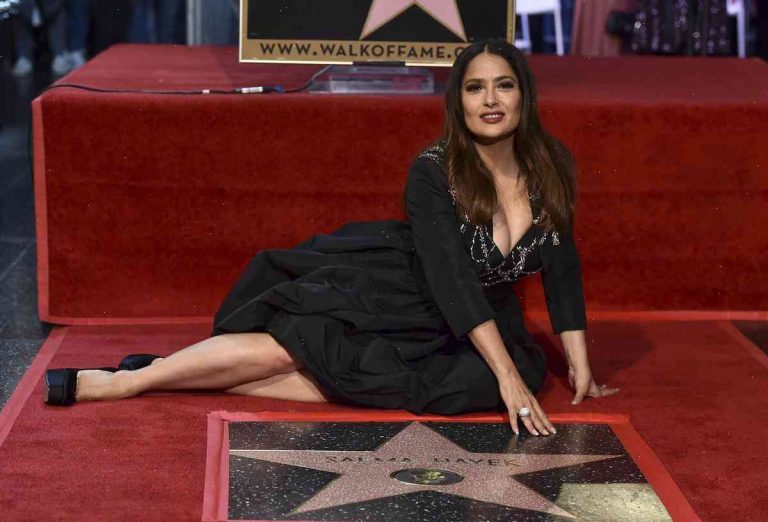 Salma Hayek, edgy Latina star of “Frida,” “Frida” and “Funny Face,” is back and hotter than ever in Gucci’s newest ad campaign.

The 51-year-old screen beauty, who is also an advocate for immigrants, talks to Fox News Latino about her inspirations, the searing topics that motivate her and her new “Frida” campaign.

The video depicts a pair of women at a ball, dissolving into a storm of yesteryear nostalgia as they simultaneously place “Gucci” in a glass – in the shape of a St. Jens – to the cover of the Eurythmics’ “Sweet Dreams.”

Hayek, a Mexican-American, stars in Hollywood as one of the earliest feminist icons, having co-founded the United States branch of the International Women’s Media Foundation.

The award-winning actress also made headlines for her powerful Golden Globes speech where she said during a speech, “Making choices, whether they be to speak up or not, are not always easy or comfortable choices, but must be made if we are to gain equality. It’s so, so important to get our voice heard, so that we can actually have that time we’ve always dreamed of.”

Hayek, who won a prestigious Oscar for her 1995 film “Frida,” was also nominated for Golden Globes for “Funny Face” and “Frida.”

The bilingual actress said that her roots as a proud Mexican-American run deep.

“My heritage has always been part of who I am,” she said. “My family was immigrated from Mexico and have always been here to support me.”

Hayek, whose young son with husband Francois-Henri Pinault was also featured in the Gucci campaign, said she loves knowing how much Latinas feel proud of themselves for using their talent in helping to make a difference in their own communities.

“We share the belief in our family values and something that has always stayed with me, that being Mexican-American is a unique identity and that our authenticity is our strength,” she said.

The ambitious Hollywood star said she was impressed with the amount of creativity that was surrounding the creative process in her new work with Gucci and said she’s proud of the finished result.

“I think it’s obvious how much thought was put into this and this is the most I have ever been involved in during my career,” she said. “They have asked me to be involved for years to come, because they understand how much my ideas have supported them.”

Hayek is slated to star in MGM’s big screen adaptation of TV series “Pose,” which is based on the real life story of a 1980s ball culture club in New York’s East Village.

She also recently launched with Chopard her first-ever bracelet, TALIS, in commemoration of Feria La Noche, an internationally recognized festival of the flower.

(In 2006, the star was honored with an award from the Bolivian government, Chopard and Robert De Niro’s Tribeca Film Festival for her contribution to a better world through her work for immigrants.)

Hayek also said she’s looking forward to working with her husband on a new film project, but added that she’s currently not working on any projects.

“The only thing that he’s been working on is a film, and we will start in a few months. There’s a lot of material and there’s no script and that is always a challenge – having a brand new film to be creative with – which is very hard.”

To watch “Frida” and/or the Gucci ad featuring her, click here.