Student group gathers 5,300 signatories in two days to lobby for schools to offer mandatory mental health screening for its students An Alabama student group’s protest march from the state capital of Tuscaloosa to… 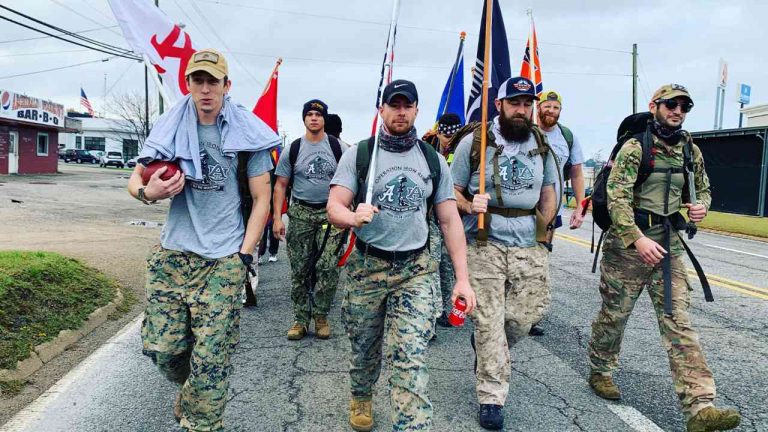 Student group gathers 5,300 signatories in two days to lobby for schools to offer mandatory mental health screening for its students

An Alabama student group’s protest march from the state capital of Tuscaloosa to Auburn University has gone viral.

The Amity High School student organization got 5,300 signature on a petition demanding schools in the state introduce mandatory mental health screenings for students.

“Auburn University got the message, and so did many others,” said Sarah Padgett, president of the school group.

“If students are struggling with feelings of depression or anxiety, but have no one to talk to, their voice has been silenced,” the petition reads. “It is a basic human right to seek help for mental health disorders, whether that includes therapy, medication, or even just a message of sympathy.”

According to My West Alabama newspaper, only 100 schools in the state offer mandatory screening, but the students believe that’s less than the number of people who need it.

“To know that there are thousands of kids on the fringe,” said Padgett, “and there’s nothing out there. No one is listening.”

The first step in reaching the state legislature was the march. On Tuesday night, students began to chant slogans, like “Do you care?” and “It’s easy to tell someone to just get over it; the real tragedy is you didn’t get to tell that one person.”

The fact that the marchers are high school students is a spur for other students to look for ways to help, said Tom Madden, executive director of Auburn University’s suicide prevention services program. “Your adolescence is a golden opportunity to help your peers”, he said.

The group hopes to start a campus-wide discussion on the topic by inviting them to a presentation at the “Unintimidated” conference in March.

“We want to highlight people who have successfully returned to college, and let them know they’re not alone,” Padgett said. “We’ve also learned that PTSD and depression are more common on college campuses, and stress can be one of the factors.”

Shortly after the march, Sen. Lowell Barron announced that he would introduce legislation to increase mental health services and screenings at schools. The measure would require additional funding for the American Foundation for Suicide Prevention in Alabama, a list of resources for students with issues related to mental health, and changes to the state’s privacy laws to help promote in-person mental health screening.

In October, Modjo Sekerias rose to national attention after gaining the attention of the United States Senate after posting on social media after he shot himself in the head on campus in Alabama.