Written by By Andrew Aragon, for CNN “No one deserves that coming home to shut the door. If they wish to live, they deserve to live, and let them,” Sophie Tucker once famously said… 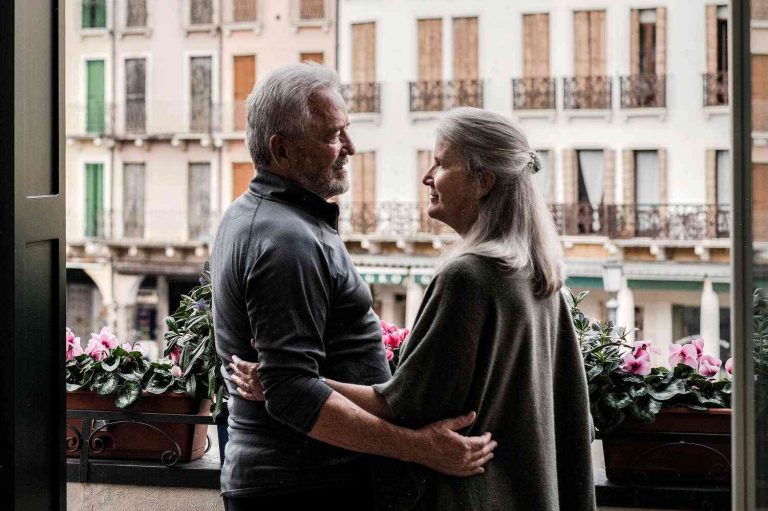 Written by By Andrew Aragon, for CNN

“No one deserves that coming home to shut the door. If they wish to live, they deserve to live, and let them,” Sophie Tucker once famously said in a radio interview. Now take the phrase: welcome home to art.

Tucker, who died in 1981, was not a woman known for avoiding work and was known in particular for writing and performing. Her fame was largely achieved through song, which has become as synonymous with the name of New York as the city itself. To wit, her first was called “Turn Down for What.”

A new exhibition at MOST in Berlin , New York-based artist Cosimo Monasterio has translated Tucker’s words into a more personal context — and a distinctly Italian one at that. “Thank You for the Greeting” celebrates not only the artist’s hope for reconciliation but her own hopes for a fresh start in Italy, her home country.

As the artist explains in a catalog accompanying the exhibition, the story is one of a mother searching for an idea of home after an unfulfilling, sometimes brutal, international career. The mother (portrayed in Monasterio’s drawings and paintings) leaves New York for Italy, a country that is already defined by her bittersweet relationships with her parents: an unmarried mother with an alcoholic father, and an abusive husband.

“As it is both Spain and Italy, the last quote I can use in my show is also about where the first is from: Germany, the afterword,” Monasterio says. “It refers to the debt or situation I was in to my adopted country, America. I considered myself as a German-American with my identity only having an Italian grandfather.”

Monasterio’s work seeks to contrast the idea of house-hunting with the work that should keep a woman occupied. A pop art homage to Studio 54, in which the artist used shoe horn and magazines to create a club-going aesthetic, “Clean Up Your Stuff” offers a revealing look at the idea of cleanliness itself. “In these lines, I wanted to send out a clear message: not only is it neater to put things out so as to get rid of stuff, but also, when I move to Italy, I want to keep doing what I do,” Monasterio says.

“The work I do is a matter of breaking down all that has to be attended to around a person, and the last thing I wanted to do was buy something. A kitchenette or a sofa,” she explains.

Inevitably, things will not go smoothly.

For her, it’s very much a start-over where she looks to the past: Tucker’s footsteps, her love, the work she performed in the hope of earning recognition.

“It’s very important for me to show a woman who was an artist. Through you, the viewer, you will be able to recognize how powerful the character of an artist is. When you look at something aesthetically beautiful, you realize that there is the artist there. As an artist, you are able to relive an experience, and that’s a feeling I’ll never be able to find anywhere else,” Monasterio says.

To his knowledge, Monasterio is the first artist to place drawings, paintings and stencils of Tucker in the same context as her musical work. Her musical collaborations may include such iconic songs as “Kiss in the Morning” and “Mama Said Knock You Out” — one of Monasterio’s favorite songs from Tucker’s later career.

“When the [partner] of one of your friends dies, it’s like that song. It affects the whole family and everyone, and so I decided to write a song based on the death of your friend. In the end, the song is about Tucker and I, but there are many families who feel the loss of a loved one through art as well,” Monasterio says.

The show at MOST will also feature a section in which the artist discusses a particular wall near her apartment in Manhattan. “I found herself a wall of photographs by Tucker in my apartment, a wall, which I believe, speaks of something important: going to a photo booth when I was young. And if all of that is not enough, I also found the graffiti of the underground image Art Modell painted on a wall of my flat: ‘I Was Born Out of Trash.”

“But that song I should have made two lines bigger,” Monasterio says. “It’s best left alone.”