Written by by Staff Writer Romelu Lukaku, one of the world’s highest-paid footballers, feels every player “has the potential to make a positive contribution to society.” The 24-year-old Manchester United striker was commenting after… 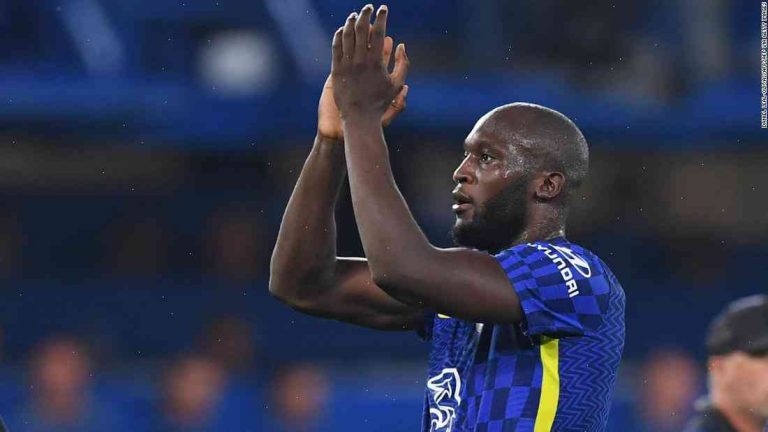 Written by by Staff Writer

Romelu Lukaku, one of the world’s highest-paid footballers, feels every player “has the potential to make a positive contribution to society.”

The 24-year-old Manchester United striker was commenting after being crowned the official ambassador for Uppmarket, a global platform where manufacturers, retailers and consumer companies talk directly with individuals across social and cultural trends.

Lukaku has gained a media presence around the world due to his performances on the pitch and non-stop social media activity, posting selfies, videos and stories alongside his vast fanbase, that he continues to grow as a result of his successful spell at Man United.

Oftentimes however, Lukaku believes footballers are given too much attention with supporters and the media being heavily focused on their image, rather than what they’re doing away from football.

“Footballers need to be more involved in their community,” Lukaku told Uppmarket in an interview on March 25. “We are here to make a positive contribution to society and it is a responsibility we need to take on.

“The responsibility is massive as well. As a footballer and leader in football I do not believe I am the best person to tell you what to do and what not to do. But I do believe it is my responsibility to be part of the change that is happening in football and society. It is a responsibility I take on.”

Uppmarket CEO Elia Nakieddine spoke to The Media Line about Lukaku’s role as its official ambassador. “Football is, without a doubt, the most influential sport.

“Football can be used to educate young kids on good values and live a good life,” he said. “I think Lukaku is a very key figure, more than any other footballer, to help the boys and girls who follow his path.”

When asked about a collaboration with Lukaku, Nakieddine said he wasn’t aware if any such plans were in the pipeline, but that their first collaboration was with the RB Leipzig player Naby Keita, who helped to inspire Uppmarket’s design manifesto: “It’s up to us to unite people from all backgrounds to unite social movements, use technology to create new innovations in social entrepreneurship and design for a better social world.”

Lukaku, together with fellow footballers like Keita, Marcelo Bielsa, Daniele de Rossi and Gianluigi Buffon, featured on the cover of this year’s edition of DandoDiem, a guide to the best European cities in which to have a great time.

The cost of a year’s visit to 1600 Pennsylvania Avenue, including Michael Flynn’s legal costs