By Jim Miles In the final installment of his lengthy report we view a car driving down a deserted road. We understand that it is not human intervention but a machine. Human intervention is… 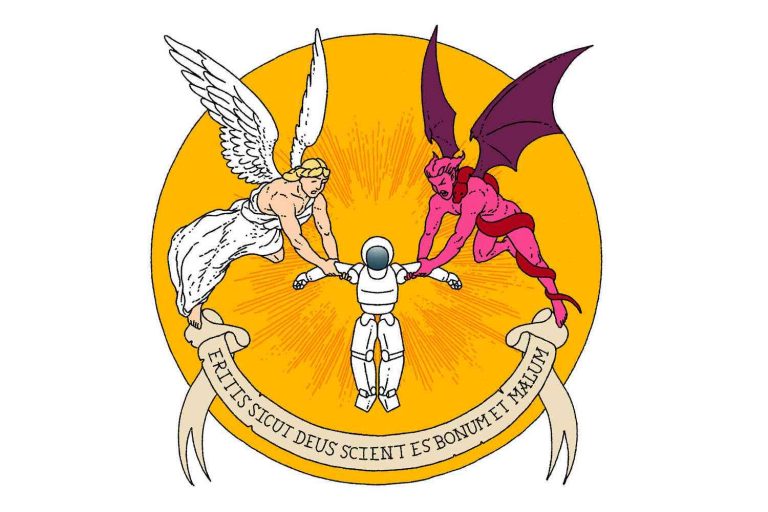 In the final installment of his lengthy report we view a car driving down a deserted road. We understand that it is not human intervention but a machine. Human intervention is not available for this task. We assume that this means the driver will slow down to recognize things that are happening but we do not know. When a message is flashed on the display, can this machine learn moral?

A robot is programmed to obey the directives given to it by its human controllers. Will the driver decide to slow down to avoid the following pedestrian? The question is one that appears to be based upon an emotion that is culturally shared but we are not certain. Perhaps we are confused or perhaps we are offering a questionable supposition. Either way, a lot of work would need to be done in order for a machine to make this decision.

Most likely the human controls the machine but either way our phones are available to allow us to relay information. It may be that this is the reason why this image has the ability to evoke emotion. If one is experiencing deep emotion in response to this picture there is a good chance that that deep emotion is based upon emotion the hardwired in this person.

The moral dilemma of this small form of distance communication between two semi-still ships has raised a great deal of questions. Every second that the driver holds this car makes the chances that this could be an uncontrollable sea of humanity heighten. It is not surprising that this story has caused a great deal of debate among the philosophers.

A machine is not ignorant. It may do a good job of recognizing things that are happening but this will lead to a system of rules and variables and thereafter we will begin to see huge variations in what we expect from the machines that we program. A machine may recognize that there are pedestrians but a machine may respond to the person who stands on the road not the person who may be walking on the sidewalk.

This brings us to one of the strongest points. The human brain has many circuits that are active at all times at a very small scale. An accelerometer detecting an impending car accident may mean that the relay system is activated but that action may not be effective in the particular scenario. If one is sitting in front of a computer screen doing homework then it can identify if there is a different student than the one selected based on what is about to be completed. An emotional response is critical in providing information because what is in the mind is what gives us meaning.

I think that machines will be able to recognize situations and morality in the human world. What would need to happen is a center that provides enough models and enough abstraction to allow the machine to become interactive. There is a time when a building is torn down and a chisel is used to shape the ground in such a way that the new structure makes sense. Think of a machine that learns from experience that object matter and also remains in the process of deterioration. In a very linear way the machine could learn that as humans do actions will result in damage and cause eventual damage. This is a crucial piece of experience that continues until the end.

I think that we need to understand where we are with machines and their ability to respond to our feelings. Once we have the context, any law or principle that we impose could conceivably be implemented by a machine.

If the machines can learn morality then the principles could be based on actions that are practical for a human. The person deciding between stop or go, one who loses his balance and falls and another who does the same will have different definitions of morality. I think we need to be creative when designing rules so that the philosophers and writers will have a lot to say about that in the future.

We do not know and we do not understand.

Jim Miles is a historian and the author of many books including The War to End All Wars, currently in paperback, The Man Who Mistook His Wife for a Hat and Reality: A History of the Future and recently finished The Disappearing Imagination. He also writes and lectures on a wide range of subjects including the last century, antiquity, cosmology, art, philosophy, science and technology.

How Dave Chappelle helped a standup comedian during a comedy show