Image copyright Supplied Image caption Hana Bay in Phuket, Thailand, is made famous by a Bruce Willis movie A Thai beach famous for its white sand and turquoise waters in the film The Beach… 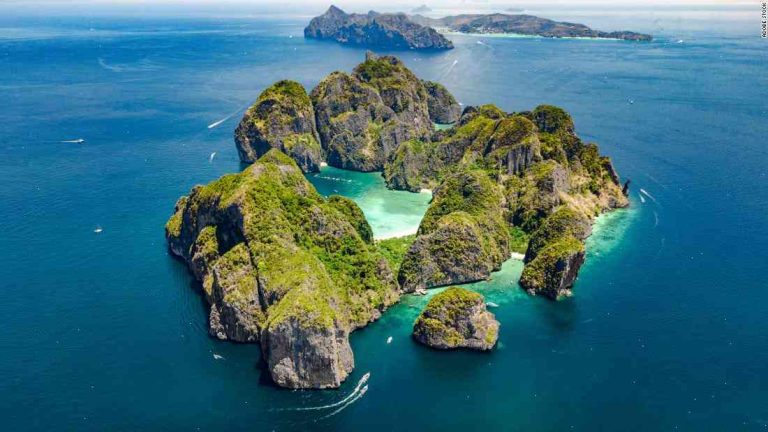 A Thai beach famous for its white sand and turquoise waters in the film The Beach is set to be reopened to the public after a five-year clean-up.

Hana Bay, off Phuket, is set to reopen as a nature reserve on 21 July after mud flowing from a nearby river was removed.

But the sand itself will not be returned to the beach.

The sand in Hana Bay was a volcanic plain which was inundated by the sea during a 1923 eruption of the Krabi volcano.

After bathing in the hedonistic paradise, a character in The Beach, Matt (played by Leonardo DiCaprio), discovers the sickening truth of life on the beach, and flees the Thai resort town.

But now the sand is to be returned to the sea under a natural burial scheme.

Decades later, the mud which flowed into the bay following the volcanic eruption turned it into a popular bathing spot.

Little of the beach was visible for years, as water had to be pumped into the bay to replace the original white sand.

In recent years, the battle to clean it and extend the period of exclusivity has been relatively easy, as there are few plans to build houses or hotels there.

But now the problem is high tides bringing muddy water up from the lagoon of the river, and surrounding islands.

The reopening is the first of the country’s 20 100-ha Phuket National Parks and Marine Reserve Sites to be completed.