HOUMBAH, Yemen — As Yemeni army and allied tribesmen battled Houthi rebels on the southern outskirts of the country’s third-largest city Marib, residents braced for a coming confrontation. A battle already raged in the… 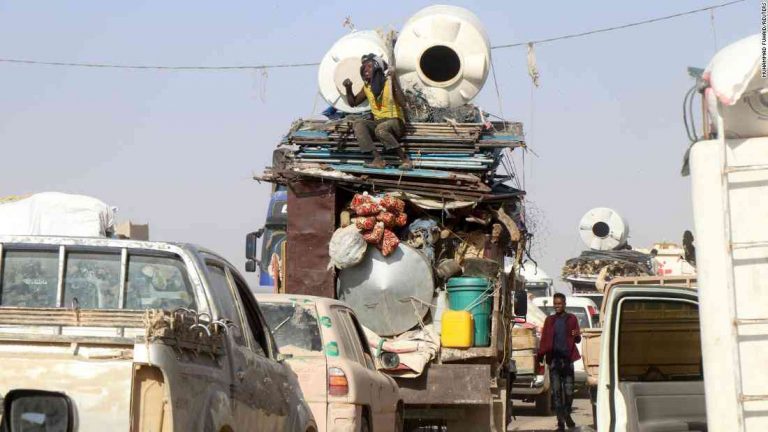 A battle already raged in the province’s main city, Abdraalib, about 100 miles to the southeast, with the Iranian-backed Houthis controlling the western half and the Yemeni military controlling the eastern half.

Marib, along with the Yemeni capital Sanaa, is a prelude to what’s anticipated to be an even bigger war this spring in the restive province of al-Hodeida.

The Houthis hold most of the country’s northern half. Saleh al-Sammad’s General People’s Congress and their allies control the south.

Yemen’s civil war erupted in March 2015 when Houthi rebels, backed by troops loyal to Saleh, mounted an invasion of the country and forcibly seized the capital.

Their next step was to seize Sanaa, near the Saudi border. The Saudi-led Arab coalition intervened that December in support of the anti-Houthi rebels.

Yemen’s humanitarian crisis has become catastrophic in the more than two years since airstrikes have hit public hospitals, bombed schools and schools, and crippled the economy.

Nearly 8 million Yemenis are now on the brink of famine.

The war has displaced more than 2 million Yemenis, amid signs that further chaos will hit the impoverished country this spring when both sides have promised to redeploy to battle the forces they seized last year from pro-government military formations.

In September, it appeared that Amran Province, bordering al-Hodeida, could be the first battleground of this spring’s offensive, when Saleh, who lives in exile in Saudi Arabia, backed by Iran, plans to re-enter the country.

On Sunday morning, al-Hodeida, which was retaken by the government in January 2018, came within a few hours of falling to the Houthis.

While many civilians fled southward, the port city of Hodeida itself remains largely untouched.

On Tuesday, Yaman bin Muhammed, a Houthi spokesman, told Al Jazeera that his army, led by the well-armed Abdul-Malik al-Houthi, had taken control of Marib.