Met premiere of Verdi’s ‘Eurydice’ was glorious and cathartic

★★★ There’s something refreshing about this ancient Greek dramatist Verdi’s Eurydice, now in its American premiere at the Metropolitan Opera in New York. It’s a story as old as time, a melding of myth,… 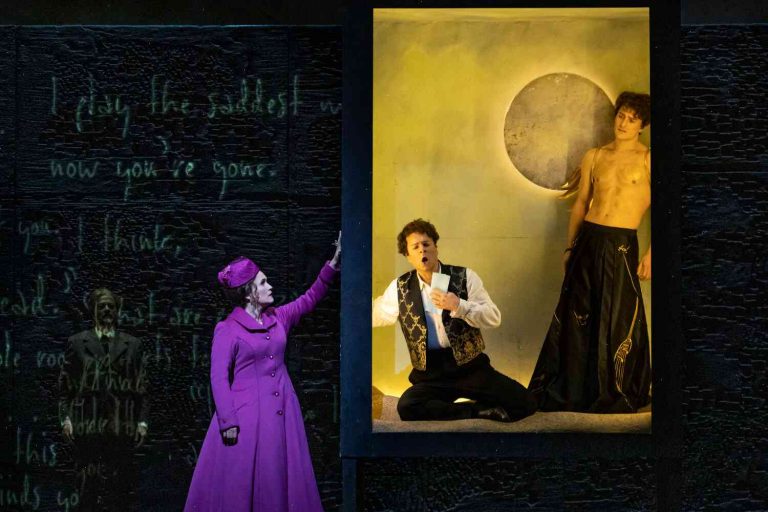 There’s something refreshing about this ancient Greek dramatist Verdi’s Eurydice, now in its American premiere at the Metropolitan Opera in New York. It’s a story as old as time, a melding of myth, Greek mythology and folk tale — but unlike something like Wagner’s Parsifal, the stories come together with grace and flair.

Originally presenting its new production of the opera with Italian director Marco Armiliato and Italian anthems conducted by Luciano Pavarotti, the Met has since landed Bryan Hymel in a tour de force performance as the tragic heroine. As always with Verdi, the action gets its push from the music, and Hymel plays the wide-ranging parts with textbook technique — and much more expressive range.

The music, too, is varied and resourceful. Bernardo, the sheep-herding father of Eurydice, turns to supplication and lament in the haunting first act as the father and son drive, sadistically, in an open field toward Eurydice’s hut. In Act II, after the tragedy has occurred, Bernardo calms and commands his flock with spot-on poetic lyricism. As Eurydice roams the burning ruins, many in the audience shivered.

Director Armiliato has faced particular controversy in his previous work — in 2008, in Bruges, Belgium, he staged Nino Rota’s “Summer Wind” in the nude, in a Luc Besson film, to much uproar. Here, his satirical touches — like the surgeon (Marco Cavicchi) who inserts Eurydice into a chest, only to find himself trapped in a confession — are thoroughly professional. The cast, which also includes the Met’s Glenn Fernander as a monosyllabic townsperson, moves into slapstick mode when the trapped doctor’s babelbox of friends quip such good-natured gags as “The four powers of the mind, as we know them.”

In the part of Eurydice, Hymel is mathematically precise: His eyes are always fixed on the horizon as his voice surges along with the music. Musically, he’s a master of the tonal variations on which Verdi depends, whether diziness or high lyricism. Here, in the last five minutes of Act II — seemingly without even trying — he embarks on a complex meditation of everything, ever composed, on the theme of time.

In a side event, internationally acclaimed conductor Paul O’Dette accompanied the Met’s Orchestra of the Age of Enlightenment, conducted the first half of Act II, and conducted the second half of the finale. The classy ensemble (including trumpeter Matthew Gagnon, baritone Lloyd Benedict and tenor Paolo Pollocchi) played with flair and flair. By Act III, O’Dette’s cadenza for Chiara Magnifica crossed into an anarchic theme and then did something else entirely. The conductor, late of the BBC Proms, was in great form.

Suffice it to say I didn’t laugh much, but the audience did.

‘With Our Work, We Will Destroy Our Blockade’