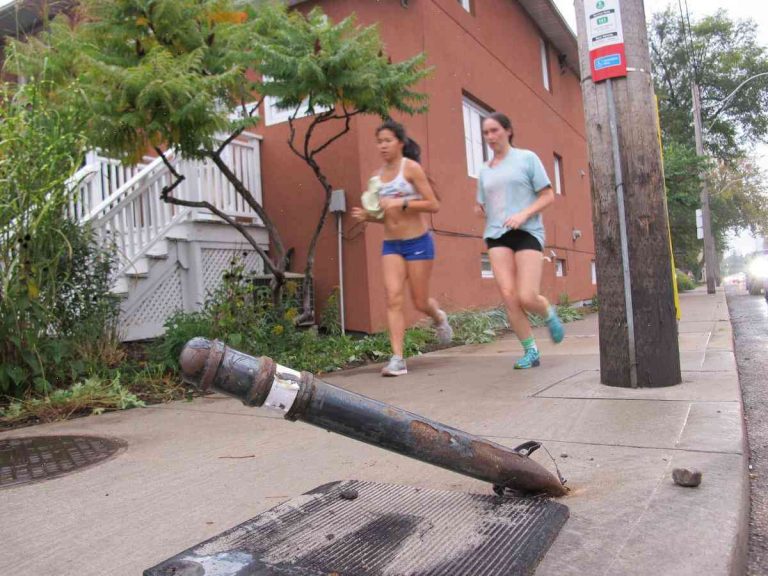 Not that the pre-new Year’s Eve yellow pedestrian walkway has always posed a large safety concern. Curbed calls the “wide lanes, full width curb and spacious sidewalks of St Paul’s in midtown Manhattan ‘miles-long’” and which ran perpendicular to the Central Park shopping thoroughfare along Greenwich Street, “a scene of overgrown parks,” and lists New York City as a city with a particularly rash of pedestrian crashes in 2018. Still, the assault on pedestrians at St Paul’s is a sign, especially in New York, that it’s never just about cars. From intentional to unintended to surreptitious, pedestrians always present a threat to motorists’ lives and property—even if someone is riding a bicycle or walking a dog. Most recently, we came up with a guide to the top 5 worst ways drivers and pedestrians can kill each other in America (see below). As one New York City resident told Architectural Digest, it’s time for everyone to be aware of the risks every second of every day—and the danger doesn’t even end at work. For a history lesson on cyclists’ evolving place in American street design, listen to this artist in NYC, who’s working to get more bicycling infrastructure built on the city’s Central Park. Plus, another new, striking idea, from the other side of the Hudson, which more than 2,000 cyclists may be able to take advantage of over the next five years: a super-high-speed, “made-for-bike” commuter train, called Cyclist NYC. (We’re looking forward to the day we can ride right down Central Park’s midtown sidewalks, without having to sneak up behind a driver or waiting in an intersection long enough to see how slowly they’re going.)