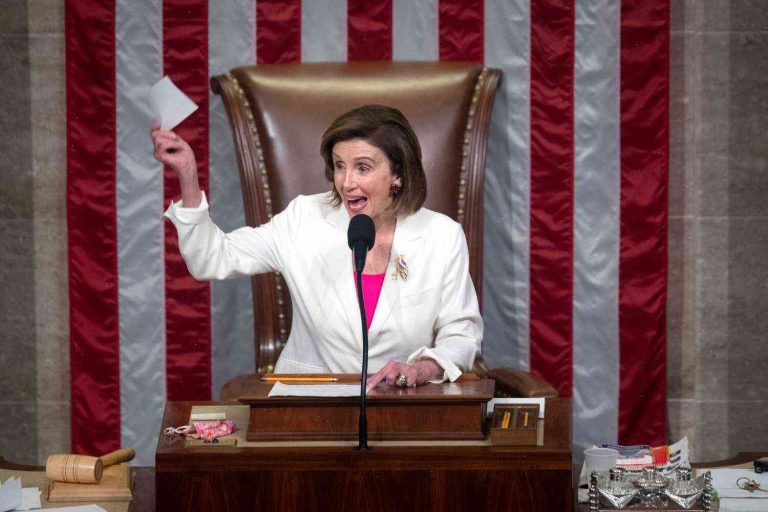 Rep. Steve Scalise, R-La., says Congress is moving one step closer to fulfilling a promise he made to restore rebuilding opportunities for Louisiana after Hurricane Katrina.

The Louisiana Republican proposed the Build Back Better Act last summer in response to high rates of flood insurance in his home state and concerns over the ability of governments and insurance companies to prevent devastation in the event of another major hurricane.

As a member of the House Appropriations Committee, Scalise called on his colleagues last week to pass the legislation before adjourning for a two-week recess.

“My concern is what happened to my people along the coast after Hurricane Katrina,” Scalise said, before calling out a number of members of Congress who were present when he and his family lost all of their belongings when he was a boy.

“I know you all read Katrina,” Scalise said. “A lot of you don’t even remember Hurricane Lee.”

Louisiana’s congressional delegation, led by Reps. Scalise and Cedric Richmond, agreed to put the legislation on hold until their colleagues returned from recess so they could amend the bill with an update.

But Scalise said after Congress left for its two-week recess that he is confident the bill will be passed before the lawmakers return to Washington on Tuesday.

“House members made promises to Louisiana families, and they are staying true to those promises,” said Greg Meffert, executive director of Recovery Louisiana, which is funded by a Blue Ribbon Commission established after Katrina to help residents rebuild their communities.

“In an era where governors almost never propose assistance to their states – and we haven’t even seen many governors these days come to Congress with bills – we see the White House being proactive.”

A large part of the Build Back Better Act makes it easier for people in Louisiana who were in flood zones in 2007 to qualify for flood insurance, which is currently based on the year an individual purchased their home. The legislation will allow people to rebuild regardless of when they bought their home and the floodplain was still mostly wide open, if they had a home pass inspection.

For example, Hurricane Katrina hit in 2005. Before then, Meffert said, FEMA had considered a buyout option for people living in flood zones; however, he said, FEMA began to promote buyouts for areas within 25 miles of the Gulf of Mexico in the years leading up to Katrina, effectively effectively turning many flood zones into no-build zones.

Scalise, who is running for Speaker of the House, says those changes made it difficult for people in flood zones to get insurance at affordable rates, making it hard for them to rebuild after the storm.

While Scalise’s bill increases the capacity of the National Flood Insurance Program, Meffert says the original legislation will not fix PREPA.

“This isn’t a stand-alone for PREPA,” Meffert said. “These will be key parts of PREPA’s long-term funding.”