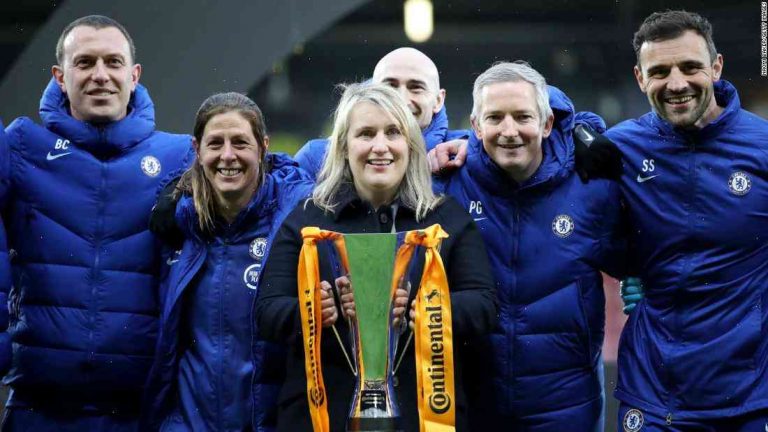 The Chelsea head coach, Emma Hayes, has said women’s football needs more balance in the game if it is to challenge for global success.

Hayes voiced her concerns at a Women’s Champions League semi-final between Chelsea and their hosts, Kerkrade, despite the prospect of the women’s league in England remaining in limbo following the formation of the new national team following the resignation of Mark Sampson in September.

For the past five months, questions have lingered about the scheduling of the England Women fixtures and there are fears that both sides may be affected by a lack of proper preparation time.

But Hayes is more concerned that there is no balance in the domestic game. “It’s one of those things. It’s not that I don’t feel bad about that but you know what? I feel bad about the men’s league as well,” Hayes said.

“We’re so behind and yet we get so much stick that we could totally be one of the best teams in the world because we haven’t experienced enough. Women’s football needs that balance as well.”

Hayes, who coaches the Chelsea Ladies under-21 team, believes there should be a dual qualification for the Women’s Champions League and the Women’s Premier League, which would enhance women’s performance.

“There are two women coaches, one is ex-managers and the other ex-players, but I don’t think we’ve got a point where there should be a split between the two worlds,” Hayes told Cricinfo.

“The league allows a knowledge base but as a pure football manager I still need to look at players based on what they’ve done between 8am and 7pm every day and see if they’re development enough to play for England. I’m sure women’s football is becoming more professional and the difference can’t be that huge.

“If you look at the players I see of England’s development team when they travel to and from games, they have two full-time managers, a goalkeeper coach, a nutritionist, kit manager and a psychologist. That’s what’s needed for a top-flight team.”