‘Elements of Hate’ Written on Map Revealed in Qatar

Bedouin tribesmen hunting in the desert of western Qatar have reportedly found Arabic graffiti written in hieroglyphics that leads to the burial site of an evil ghost (search). The finding comes amid an ongoing… 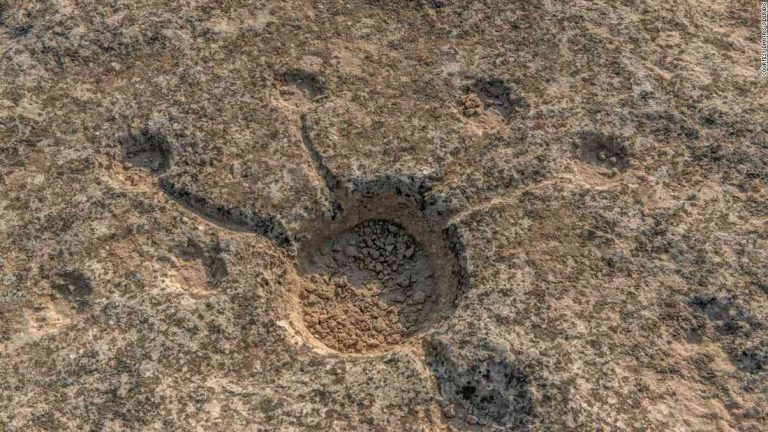 Bedouin tribesmen hunting in the desert of western Qatar have reportedly found Arabic graffiti written in hieroglyphics that leads to the burial site of an evil ghost (search).

The finding comes amid an ongoing debate over the religious and political practices of the country’s Persian Gulf neighbors.

“A few months ago, a local Bedouin team found the writing written in Arabic and it led them to an old burial site. There the writing makes a series of very clear denunciations,” a local Middle East reporter who requested anonymity told the website Journal of World Culture.

The inscriptions, “against the Mu’taz and the opposition, against all the Mu’taz,” are believed to speak about a ghost called Mu’taz, a leader of an opposing faction against the king of Qatar, Sheikh Hamad bin Khalifa Al Thani (search), a rumored secret revolutionary.

The authors of the inscriptions also denigrate the Turks in the region and speak of Qatar’s prospects, claiming that they are near to disintegration.

A tribal elder and a resident of the area where the graffiti was found, Abdallah Saeed al-Kuwari, said he assumed it was left by Qatari Kurds who left in the early 1950s and now live in Arab and Turkish areas of Turkey.

“The Islamic regime is afraid of that Kurdish minority. It doesn’t understand their simple devotion to religion and tribalism,” he said.

Though other persons and tribes may have been involved in the writing, it can be assumed that al-Kuwari is claiming the Kumbul tribe, as it is known, as its authors.

A Kumbul spokesman declined to comment to this writer, stating: “It is our policy not to speak to any news media.”

In 2005, Qatar’s parliament created a Ministerial Committee to Study the National Identity Affairs of the Islamic Emirates of the Arabian Peninsula, which includes the Gulf countries of Oman, Bahrain, the United Arab Emirates, Qatar and Kuwait. The committee’s mandate is to deal with the issue of identity and nationality for the countries and to review the outdated laws in Kuwait and Oman as well as laws related to foreign workers’ employment in the GCC, according to Webmd.com.

In 2004, Kuwait introduced legislation to protect against apostasy, in which Muslim citizens renounce their faith in order to get married or property purchased without approval of their families.

The Times of London reported that in Qatar, as in Kuwait, women are exempt from Islamic Sharia law. As women are considered to be little children under Sharia, if they were to marry or die in a road accident, their property and worldly possessions would be maintained and their burial suitably hidden in accordance with Islamic burials rules, according to the Webmd.com.

Though the Kumbul are known to be pro-Turkish, the tribe is also one of the best armed in Qatar, even though most Qataris are Shiites from Saudi Arabia.