Cuban activists forced their way into their home to block the flow of journalists from a new daily magazine, preventing it from appearing Monday. The Interior Ministry said police were dispatched to the homes… 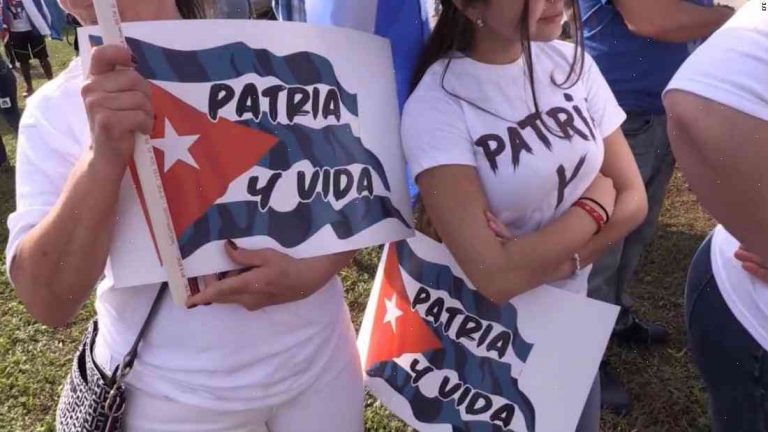 Cuban activists forced their way into their home to block the flow of journalists from a new daily magazine, preventing it from appearing Monday.

The Interior Ministry said police were dispatched to the homes of the magazine’s 10 editors, blocking them from entering their living rooms.

“This is a bit absurd,” said first-time editor Lazaro Salayman, a Cuban researcher in higher education. “They can’t control what we publish. This shows a communist country is dictatorial.”

Reporters from the weekly magazine went to Salayman’s home last week to bring him the news of its launch, but when they got there, Salayman and the other editors decided to block their own publication. Cuban journalists and intellectuals who supported the decision on the magazine were picked up by authorities and charged with acts of subversion. They are being held in the National Penitentiary where such political prisoners are usually kept.

Camilo Govea, a dissident blogger, said more of the same would happen to the magazine’s new edition.

“We do not trust the government with controlling the publication,” he said. “It has never shown it can respect press freedom.”

The publication was organized by the Universal Press Institute, which is funded by the government of President Raul Castro. Cuba’s emigration has brought new freedoms for members of the opposition to express themselves.

However, journalists have remained highly censored by the government over many years and the Cuban media remain far from free of government control.

The weekly publication was launched last week and published in its first edition. A spokeswoman for the institute confirmed that the publishing team was attempting to visit the editors Monday to try to open the publishing house. The spokeswoman said they still had not arrived as of late Monday afternoon.

Quarta newspaper said it was unaware of any type of protest, but that the magazine, which was published by the Portuguese publishing company Assoráti, faced challenges getting a printing permit from the Cuban government. It said that is why the print deadline was on Thanksgiving eve, on Nov. 23.

“There is no ground for them to do so, and even if there was, they wouldn’t have the power to block it,” the newspaper quoted a spokeswoman for the Cuban government as saying.