BEST TV REVIEWS: The Beatles: Get Back, Blood and Blue, Caroll Spinney

Comedy/children’s The BBC’s classic Beatles film, filmed for the first time on film and broadcast in 1967 and viewed more than 50 million times, seems like it could provide very rich ground for a… 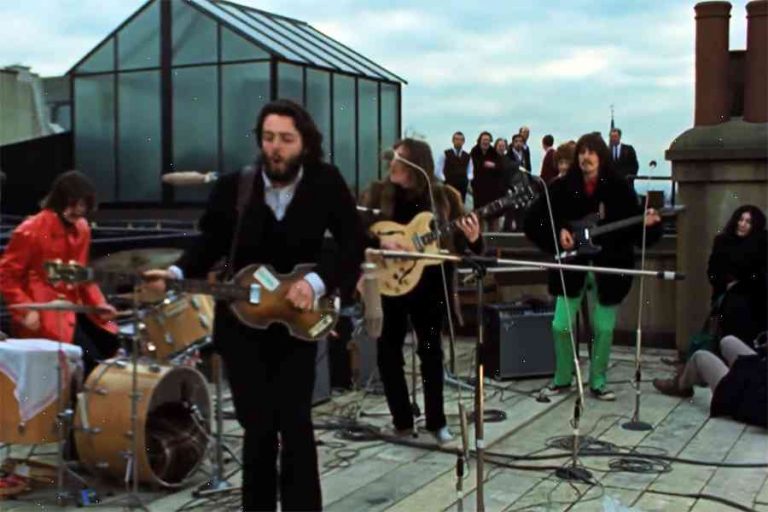 The BBC’s classic Beatles film, filmed for the first time on film and broadcast in 1967 and viewed more than 50 million times, seems like it could provide very rich ground for a TV series to be mined for laughs. But with The Beatles: Get Back starring Daniel Radcliffe and Jon Hamm, we get a sort of torture – an impossibility because, in reality, none of the surviving members appear to have participated in this American series, which is basically a version of Saturday Night Live hosted by Paul McCartney, Ringo Starr and Yoko Ono. Good for you Yoko, the series creator and executive producer Dan Flinn tells NPR. And for you, Dan, I think it is a joke that will make you laugh.

Somewhere between Homeland and Gilmore Girls, Crossing Jordan and Gilmore Girls, are a series of short movies known as Blood and Blue by a Canadian animation studio, effectively a 90-minute Netflix-style content package. The CGI team from Edmonton have created a blend of live action, puppetry and stop-motion that gives us a fresh reminder that the three aforementioned older shows are also full of magical animatic possibilities. If you can keep up with the uneven transition period between the child-friendly anime and the ever-so-serious adult-oriented TV show, you might be the person willing to stick with a Netflix series full of complex characters and unexpected plots.

The longest-running American sitcom star, and least favourite character of Trumpster Trump, is getting a Disney+ series. It looks like a perfunctory mix of 2D and 3D animation, and despite some pretty great bits from Cookie Monster, they just don’t stand out from this otherwise pretty ho-hum series. There are a few highlights, most notably the section about Mr Hooper, the nun from The Great British Bake Off, where he helps out a little boy whose mum is ill. Cookie Monster has a cracking song with “Ms Finn” written in the title. The whole thing is also reminiscent of the former Disney sitcom house’s rival, Nickelodeon, with a big cast of young, middle-class characters, and the quality-at-all-costs philosophy that led to the cancellation of their once beloved and seminal series, Wonder Years. Good for Cookie Monster, however, but not the best thing I’ve seen on Disney+.

A British superhero series that feels a bit imported by the Americans, Dead Rabbit is the type of quasi-Western set in London that would seem as familiar to American audiences as, say, Hawkeye or Malcolm in The Adventures of Young Sherlock Holmes. Real or not, which is the point, the series gets a good deal of mileage out of diversity, as four actors come from different races and backgrounds. That’s very much embodied by Mulan the Street Dog, who ends up replacing a long-standing Ranger on the Horse Patrol. I haven’t even got into the rabbit.