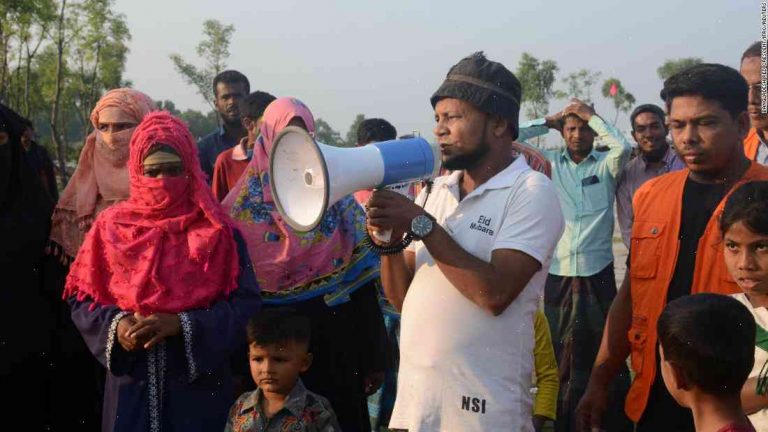 The International Committee of the Red Cross says there are “serious problems” with the construction of refugee housing on an island off Bangladesh’s southern coast.

The warnings come in the latest assessment of safety conditions on the island, which will house more than 600,000 Rohingya Muslims.

The new homes will be built in two phases and migrants are expected to begin moving in by the end of April.

“While the first phase is probably going to be completed soon, some structural problems have been identified,” said Jon Ford, director of operations for the ICRC in Bangladesh.

In the report, the aid agency said there had been complaints from migration officers working on the island.

The ICRC said there were concerns that building materials and construction sites were poor quality and they feared that buildings might collapse if a heavy wind hit.

Additionally, the Red Cross warned that there were questions over fire safety, a shortage of sanitation facilities and fears about rights abuses against those who work for the aid organisation on the island.

A spokeswoman for the Office of the UN High Commissioner for Refugees (UNHCR) said a report would be sent to the local authorities in early March.

“We need to check their place first. Then we will send a review, a report and we will decide how best to deploy.”

Ms Saif Ullah added that, once the first phase was completed, work would begin on phase two, adding that the focus on phase two was to improve access to sanitation and hygiene, as well as security, shelter and social services.

In all, the Bangladesh government said 1,188 hectares of land off Cox’s Bazar would be used to house the Rohingya, nearly half of which will be covered by government housing.

About half of the island’s population will be local people – Muslims – while the rest will be people from other ethnicities.