Borzou Daragahi, CNN • Updated 28th November 2017 ( CNN ) — Twenty-seven people were killed and more than 70 others injured when a bus crashed and burst into flames in central Bulgaria Tuesday…. 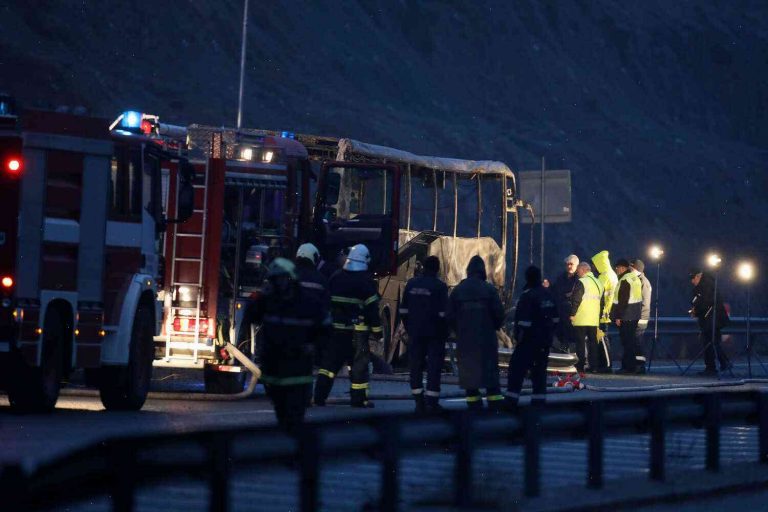 ( CNN ) — Twenty-seven people were killed and more than 70 others injured when a bus crashed and burst into flames in central Bulgaria Tuesday.

The vehicle was traveling through the Southern town of Ruse when it ran off the road and crashed head-on with a truck, Bulgaria’s National Agency for Tourist Transport confirmed.

Local news reports said rescuers were still searching for more people in the wreckage of the crashed bus, which is charred to the ground, engulfed in flame.

Most of the dead appear to have been immigrants from the former Soviet Union, according to EU sources in Sofia quoted by the Reuters news agency.

Bulgaria has called for tighter controls on entry for immigrants and the tourism industry blames the massive tourism influx for the crash.

Foreign affairs ministry spokeswoman Veselin Dragojevic told Bulgarian radio the crash was the latest in a string of accidents in which foreigners were killed.

Bulgaria’s foreign ministry has said the people killed were mainly from the ex-Soviet republic of Azerbaijan and that several countries, including Russia, are providing assistance to the families of those killed.